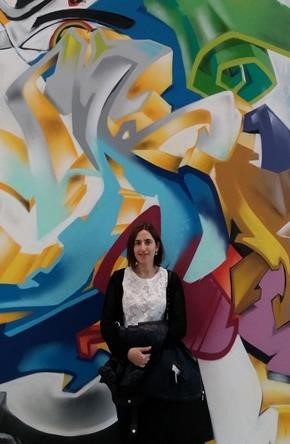 Sonia Baelo-Allué is an Associate Professor at the Department of English and German of the University of Zaragoza (Spain) where she currently teaches U.S. Literature and British and American Culture. Her research centres on contemporary U.S. fiction, trauma studies, 9/11 fiction, digital fiction and posthumanism.

Her more recent publications include the journal article “From the Traumatic to the Political: Cultural Trauma, 9/11 and Amy Waldman’s The Submission” (in Atlantis: Journal of the Spanish Association of Anglo-American Studies, 38.1.
2016) and the book chapter “‘From Solid to Liquid: Invisible Monsters and the Blank Fiction Road Story” (in Chuck Palahniuk: Fight Club, Invisible Monsters, Choke. London and New York: Bloomsbury. 2013).

She has also published the book Bret Easton Ellis’s Controversial Fiction: Writing between High and Low Culture (London and New York: Continuum, 2011) and co-edited with Dolores Herrero two books on the representation of trauma in literature: The Splintered Glass: Facets of Trauma in the Post-Colony and Beyond (Amsterdam and New York: Rodopi, 2011) and Between the Urge to Know and the Need to Deny: Trauma and Ethics in Contemporary British and American Literature (Heidelberg: C. Winter, 2011).

Since April 2013 she is the editor of Miscelánea: A Journal of English and American Studies (Literature, Film and Cultural Studies volumes).