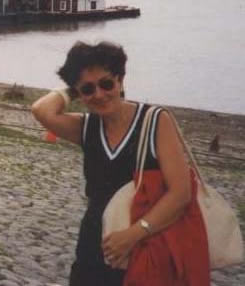 A BA in Geography and History (1978), she graduated with honours in English Philology (Premio Extraordinario de Licenciatura and Premio Nacional de Terminación de Estudios, 1984). In 1984 she was granted a national fellowship to carry out doctoral research at the University of Zaragoza and at the University of Edinburgh, where she followed a course on contemporary literature (1985). In 1995 she was the Spanish scholar selected by USIA (United States Information Agency) to participate in the “Summer Institute in American Studies on TwentiethCentury American Literature” at UCLA, Vanderbilt University and Washington D.C. From 1991 to 1998 she was a coeditor of Miscelánea: A Journal of English and American Studies and is now a member of its editorial board. She has participated in several national research projects since 1995.

Her current fields of research are Gothic fiction and modern and contemporary US literature. Recent works include articles and papers on Edgar Allan Poe, Joyce Carol Oates, Flannery O’Connor, Shirley Jackson, Marilynne Robinson and the edition of Trauma in Contemporary Literature: Narrative and Representation with Dr. Mónica Calvo (Routledge, 2014). She is now a member of the research project “Trauma, Culture and Posthumanity: the Definition of Being in Contemporary North-American Fiction”. http://typh.unizar.es/