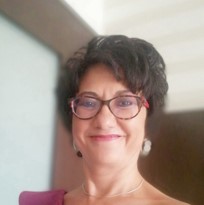 María Jesús Martínez-Alfaro is Senior Lecturer at the Department of English and German Philology of the University of Zaragoza (Spain). She first entered the Department as a research fellow after obtaining a competitive national scholarship to complete her doctoral studies at Zaragoza University. She wrote her PhD dissertation on Narrative Strategies in Charles Palliser’s The Quincunx, The Sensationist and Betrayals (2003), under the supervision of Dr Susana Onega. She currently teaches English literature modules in the Degree in English Studies. She is one of the editorial board members of Miscelánea. A Journal of English and American Studies, published by the Department. She has been coordinator of the Erasmus Exchange Program between the Department and: the University of Chester (UK) since 2005; the University of Newcastle upon Tyne (UK), since 2006.

María Jesús Martínez-Alfaro is one of the members of a team of departmental lecturers whose research on contemporary literature(s) in English is financed by the Aragonese Government, as well as by the Spanish Ministry of Economy and Competitiveness and the European Regional Development Fund. Over the years, she has worked with this group of researchers, whose latest research projects are “Palimpsestic Knowledge: Inquiries into a Transmodern Literary Paradigm” (FFI2015-65775-P) and “Literature in the Transmodern Era: Celebration, Limits and Transgression” (FFI2017-84258-P). She has also been a member of the University Research Institute for Employment, Digital Society and Sustainability (IEDIS-University of Zaragoza) since May 2021.

Dr Martínez-Alfaro’s research focuses on contemporary narrative in English and, more specifically, on transmodernity, ethics, trauma, and memory, with a special interest in the field of Holocaust literature. She co-edited the books Beyond Borders: Redefining Generic and Ontological Boundaries (C. Winter, 2002) and Memory Frictions in Contemporary Literature (Palgrave Macmillan, 2017). She has published on authors like Martin Amis, John Fowles, Peter Ackroyd, A. S. Byatt, Charles Palliser, Art Spiegelman, Jane Yolen, Cynthia Ozick, Lisa Goldstein, Louise Murphy and Rachel Seiffert, among others, in volumes of collected essays and in journals such as the European Journal of English Studies (EJES); Twentieth-Century Literature; JNT. Journal of Narrative Theory; Journal of the Short Story in English (JSSE); Symbolism; Critical Engagements; Atlantis; The European Legacy. Toward New Paradigms; etc. The results of her research are also regularly shared with the scientific community in conferences such as those organised by the Spanish Association for Anglo-American Studies (AEDEAN) or the British Association for Contemporary Literary Studies (BACLS).