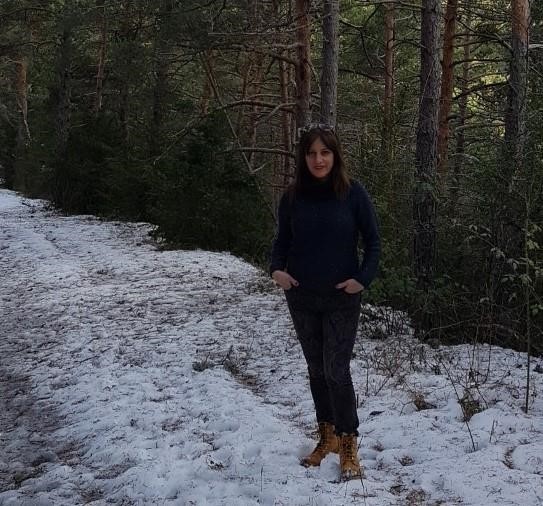 Esther Muñoz is a research fellow at the Department of English and German Philology of the University of Zaragoza, a position she secured in January 2017, after being granted a FPI grant awarded by the Spanish Government and financed by the Spanish Ministry of the Economy and Competitiveness.

Esther graduated in English Studies at the University of Zaragoza in June 2015. In September 2016 she completed a master degree in Advanced Studies on Literature and Cinema in English, after defending her MA thesis entitled “Lost Children: Hearing the Past in the Silence of an Empty House”. An analysis of Maggie Gee’s novel Lost Children from the Perspective of Trauma Studies and Feminism.

She is currently engaged in writing her PhD on the work of Margaret Atwood, under the supervision of Prof. Mónica Calvo and Prof. Francisco Collado. Her main research interests lie in contemporary US fiction from a posthumanist perspective combined with trauma theory with special interest in dystopian representations of the future and cli-fiction.